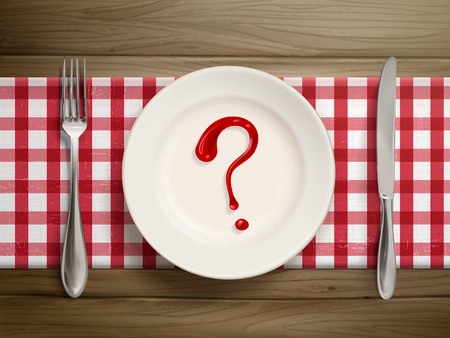 A new report says sub-Saharan Africans rate their health and health care systems among the worst in the world. Nevertheless, improving health is not their top priority.

The report’s been released as Guinea, Liberia and Sierra Leone continue to fight the Ebola outbreak – a situation that was made worse by the poor state of their health systems.

Angus Deaton, co-author of the study, said, “I think most of us thought these episodes burnt out very quickly and this one didn’t. And I think that was surprising to a lot of people. But – and this is relevant for our work – health care systems in sub-Saharan Africa are very poorly organized and very badly done. And of course that certainly contributed to the difficulties of bringing it under control.”

Deaton is Dwight D. Eisenhower Professor of Economics and International Affairs at Princeton University’s Woodrow Wilson School. It’s important, he said, to understand what Africans list as their top priorities.

“People in Africa don’t think of health as their highest priority, at least for the government -- whereas most aid agencies have been prioritizing health pretty heavily.”

He summarized the views of sub-Saharan Africans based on the findings of Gallup’s annual World Polls.

He said, “They perceive their health pretty badly. They perceive their overall well-being pretty badly. Well-being is broader than just health. So, you know, many people sort of think, well, if you lived in a poor country all your life you’re used to it by now. And you’d be just about as happy as everybody else. But if you ask people how their lives are going sub-Saharan Africans rate those very poorly. So, they know that life could be better.”

The same is true, Deaton said, of their perceptions of health care.

“Can you imagine a health care system that spends about $100 a year per person? That’s not going to deliver very much health care.”

So, if improving poor health care systems is not the top priority among Africans, what is?

“If you asked them what government should be doing for them, they want money and jobs more than they want health, which is interesting. And I think it has something to do with the fact that there’s a lot of morbidity and mortality in Africa,” he said.

During the early years of the HIV/AIDS epidemic in Africa, health workers say many infected people wanted food more than medical care. They knew the disease would take years to kill them, but a lack of food could do it much sooner.

The findings show jobs are more important because they have an immediate effect on people’s well-being.

“Some countries less than half of the population has ever had any contact whatsoever with a health professional. That’s pretty amazing. And there are certainly differences in that across countries. So, you get a country like Sudan or Somaliland, where it’s less than half – and then you places like Benin or Madagascar where 90 percent – or Senegal where more than 90 percent of the people -- have had some contact with health systems somewhere in their lives. So, there’s a huge amount of variability across Africa,” he said.

After an initial slow response to the West Africa Ebola outbreak, the international community poured in a lot of money and resources. Some observers say this will allow Guinea, Liberia and Sierra Leone, not only to get better health care systems, but to maintain them. Deaton doubts this and said they could easily slip back to pre-Ebola conditions.

“I don’t think just very easily. I’d be stunned if it didn’t happen. The fundamental problem is just incapacity of the state,” he said.

The study said those who chose jobs and agriculture shared an underlying factor – better livelihoods.

She is a very discerning art critic.

Can these two definitions be conflated, or must they be kept separate?

We should never separate from the masses.

It's hard for me to separate the two fighting boys.

The finding is based on such an inquiry.

This company deals fairly with every client.

They covenanted with us for establishing a joint venture.

The joint isn't quite done yet.

Does any one know who can joint sales calls?

The lower level is subordinate to the higher level.

Half a million people held a mass protest against racism last night.

They protested to the mayor that the taxes were too high.