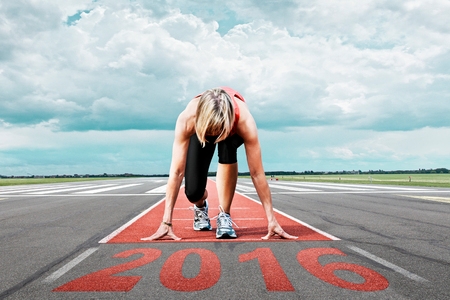 The European Central Bank’s bold move was prompted by alarming figures showing 0.2 percent deflation in the Eurozone last quarter — raising the prospect that people would stop spending in the expectation that prices would fall.

So will quantitative easing, or QE, rescue Europe’s economy? Unlikely, says Christian Odendahl, chief economist at the Center for European Reform in London.

“The problem is that the ECB has waited relatively long before it’s considering this relatively bold step. And part of QE is changing people’s expectation for the better. And expectations in the eurozone have deteriorated quite a bit," said Odendahl.

Even the $1.3 trillion QE program might not be enough to change that, says Kathleen Brooks of foreign exchange bank Forex.com.

“One thing we have seen, certainly in the U.S.'s example, but also in Japan's example, is that it takes a hell of a lot of money to make QE have an economic impact," said Brooks.

“One is it works best if you are bold right from the start. That is the kind of announcement effect, the shock-and-awe effect, that markets truly believe that now a change is coming," he said.

There are added political risks to quantitative easing in the eurozone, said Brooks.

“If your central bank is buying up the assets of various member states, then all of a sudden Germany, in particular — they've got the biggest economy in the eurozone — could be liable if those states don't pay back the central bank," he said.

German Chancellor Angela Merkel gave a lukewarm reception to the ECB’s program at the World Economic Forum in Davos on Thursday.

"It is now time to cleanse and consolidate the finances, now that the interest rates are low," said Merkel.

“In the case of ECB and Europe, you have a good case of Japan to learn from. From Europe, which I think is fundamentally different from Japan, is that for many, many different countries put together with different ways of thinking," said Saito.

Those differences could be underlined Sunday in the epicenter of the European financial crisis: Greece. The far left Syriza party has brought thousands of supporters onto the streets during the election campaign, on a platform of opposition to German-led austerity.

Her arrest produced an immediate reaction from the press.

After all the excitement there was an inevitable reaction.

This journalist's works are popular among young people.

His passport says he is a journalist.

We have a large stock of tinned fruit.

We must stock up with food for the holiday.

Each observer's prediction has been borne out.

Their cars headed the funeral procession.

They held a state funeral in honour of the statesman.

Community colleges have become popular and their enrollments have increased rapidly.

The political community is composed of a number of diverse economic and functional groups.

The demand for coal begins to slacken off in the spring.

All these questions demand careful and detailed study.