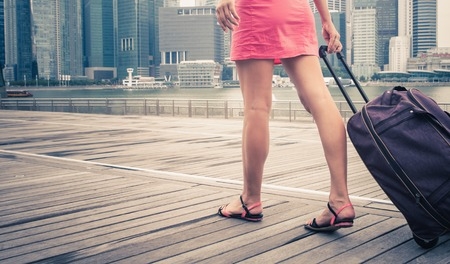 Prime minister Shinzo Abe has expressed his anger at release of a video online which claimed one of the Japanese hostages held by IS militants has been killed. Intelligence officials are checking the video which differs in style and content from announcements of previous made by the group. Here's Michael Bristow.

The video contains a message that one of the hostages Haruna Yukawa has been killed. While the other Kenji Goto is still alive. The Japanese government said the release was an outrageous and unforgivable act. It's now trying to find out whether or not its contents are true. IS militants had demanded a ransom of 200 million dollars for the release of the hostages. The deadline for the payment was Friday. That passed with initially no word on the fate of the 2 Japanese citizens.

Pro-Russia rebels have begun a major offensive against the strategically important government held city of Mariupol in eastern Ukraine. The local securities say 13 people died in a series of rocket-attack on the city on Saturday morning. OSCE, special monitoring mission in Ukraine said the rockets came from 2 areas to the east and northeast of the city which are controlled by the separatists Donetsk people's republic. John Spoor, an American who is in Mariupol with his wife and family witnessed the attacks.

Well this morning in 9 o'clock everything is quiet and then all of a sudden we started hearing you know loud explosions all around. And the whole building was vibrating. We had bombs hit one of the apartment buildings right in front of us. And if were not there, it probably would winged in our apartment, in our kitchen or our living room and taken us out.

The presidential election in Zambia has been won by Edgar Lungu of the governing Patriotic Front. The coutnry's election commission said Mr. Lungu had won just over 48% of the votes. He faced tough competition from the opposition candidate Hakainde Hichilema, both had promised to improve the education system and create jobs.

The Nigerian president Goodluck Jonathan has promised to defeat the Boko Haram militant group if he is reelcted next month. Speaking at a campaign rally in the city of Maiduguri, the epicentre of the insurgency. He said he was determined to restore peace in northeastern Nigeria.

Presidential Natalia arrived in Maiduguri on a very heavy security. This city is in lockdown with heavy presence of soilders, some of whom appeared well-kitted with brand new rifles. This is the president's second visit to the city in another 2 weeks. Just 2 days ago, suspected insurgents have attacked a village a few kilometres from Maiduguri killing at least 15 people including the traditional ruler of the village and setting the houses ablaze. World news from the BBC.

The speaker of the national assembly in the democratic repulic of Congo has said controvertial change to the country's electoral law is to be dropped. It called for a census to be conducted before presidential elections due next year could be held. Opposition groups said it wasn't attempt by president Joseph Kabila to stay in power as he can not stand for reelction. After the bill had been approved by the lower house, there were 3 days of protests in the capital Kinshasa.

Argentine investigators are continuing their enquiring into the death of Alberto Nisman, a state prosecutor whose body was dicovered hours before he was due to testify before the country's congress on the bombing at a Jewish-control centre 20 years ago. Mr. Nisman had accused several senior government figures with involvement of trying to cover up the bombing enquiry. As Wyre Davies reports from Buenos Aires.

In the days before his death, Alberto Nisman had a committee to filling the string, given the controversy surrounding his report into the 1994 bombing at a Jewish entre in Buenos Aires. But he did also say he was looking forward to testifying in congress. Focuing on the last a few hours before the state prosecutor's body was found, investigators had spoken at length to his ex-wife as well as an assistant who reportedly lent Nisman a gun and to other key witnesses. One question which remains unanswered is whether as rumoured, the prosecutor dimissed his security team the night before he was killed.

The conservation expert says it will be possible to repair the damage done to the priceless golden funerary mask of the Pharaoh Tutankhamun. Speaking at a news conference of a Egyptian museum in Cairo. Christian Eckmann, a German specialist in ancient glass and metal conservation said that depite the beard had been stuck on with glue after an accident, the epoxy adhesive used in the blotch repair could be removed on the mask properly restored.

On the other hand, at least he didn't leave his dinner on the floor of the county jail.

He can be punished by long jail sentences.

We have to observe carefully what's going on there.

If they have to leave home, they must wear a face mask and observe good personal hygiene.

They persist with the agricultural reform, despite opposition from the farmers.

The cold weather will persist for the rest of the week.

Are we the puppets of fate?

Theirs is a fate perennially suffered by intellectuals.

You must collect enough materials previous to your writing.

A Chinese trade mission has been dispatched to Japan.

He has been on confidential missions to Berlin.

These cookies should be considered as payment for your services.