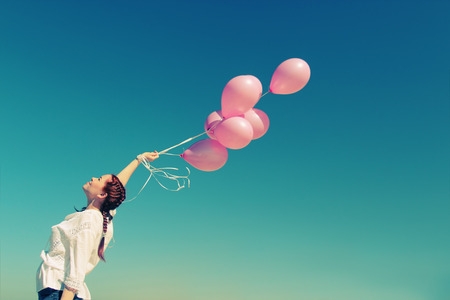 Two weeks ago at this very time, just four miles from this studio, three young schoolgirls were on their way to Bethnal Green Academy. This morning they are thought to be en route to Syria.

Our sympathy and prayers must go out to the family and friends of these three young teenagers. The schoolgirls, for whatever misguided reason, have left families who have nurtured them, educated them and protected them from birth, to heed a call from a stranger to join a radical group. Estimates suggest over 500 British citizens are already in the ranks of IS and society is inevitably asking questions about what all this means.

But it is not the first time that radical groups have lured away impressionable youth. One just has to think of some of the radical cults (many of them inspired by mutations of religion), which sprung up in the 60s and 70s across the world.

Commentators are naturally focusing now on what more might have been done to prevent the girls from leaving. But perhaps it is unrealistic to expect communities, educators, airlines and the police to deal with a symptom, when society has to yet to find a way to deal with the cause.

For some, the cause is a lack of cohesion in British society. The sense of ‘we’ has become diluted and vague. The remedy they suggest is finding an agreed set of ‘British Values’. But I believe that talk of British values risks confusing laws and values, and the intricate link between the two. States should be inspired by values, but not be the primary source of them.

While it is true to speak of laws in the context of a state, for me as a Christian, values are much broader, richer, deeper and older than a state or national narrative. From the sermons and letters of Saints Peter and Paul writing to the early Christians, we have advice on how to live in a pluralist world. All just societies are founded on some sort of religious or ethical basis – values don’t stem from a neutral foundation.

And yet in the aftermath of World War II, the Human Rights Commission did come up with a set of binding standards which embraced a global diversity of perspectives, but not by creating new neutral values, but by building on existing traditions. The various secular, pluralist and religious traditions in the Commission had very different reasons for why the UN Declaration of Human Rights was necessary and valid, but they were unanimous in how it would be taken forward.

Perhaps in Britain we need to get consensus once more on the How rather than struggle with the Why. Perhaps each generation has to explore and explain afresh how its values guide the society, while all the time recognising the distinct traditions which feed into those values.

They are liberal in their help.

He is an open-minded liberal.

He writes with the reader in mind.

Credit counseling helped us get out from under.

At the time, we used to credit everything to one person.

Mercury is a fluid substance.

These potential effects must be studied carefully.

We can only measure the difference between the potentials of two half cells when they are linked to form an electrochemical cell.

The proposal was accepted with unanimous approval.

The teacher had both extensive knowledge and profound scholarship.

It is impossible to vanquish so strong an enemy without making an extensive and long-term effort.