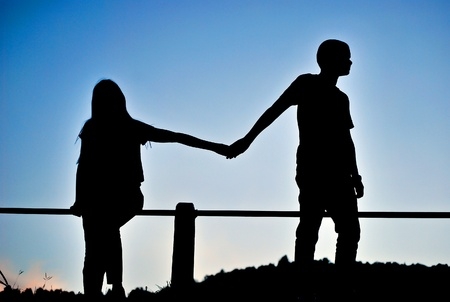 The Greek Finance Minister Yanis Varoufakis has been giving more details about how his government intends to tackle its debt crisis, setting out proposals that he said would benefit Europe as well as Greece. Speaking after talks in Paris with his French counterpart Michel Sapin he said repayments could be tied to Greece's ability to restore growth. He said Greece would not be asking for the next tranche of bailout money as he felt it was time for his country to end its dependence on this kinds of funds.

"It is not that we don't need the money. We are desperate because of certain commitments and liabilities that we have. But my message to our European partners is that for the last five years Greece has been living for the next loan tranche. As I said to Mr Sapin we have resembled drug addicts craving the next dose. What this government is all about is ending the addiction."

Egypt has freed and deported the al-Jazeera journalist Peter Greste, who was convicted of colluding with the Muslim Brotherhood. Mr Greste, a former BBC correspondent, has flown to Cyprus, from where he is expected to travel on to his native Australia. Al-Jazeera has welcomed the move but demanded the release of Peter Greste's two colleagues, Mohamed Fahmy and Baher Mohamed. Al Anstey is the managing director of al-Jazeera English.

"We spoke to Peter earlier on this afternoon just after he was released from detention. And I can't tell you how relieved we are that Peter has left Egypt. Now I think we've got to focus on the fact that Baher and Mohammed are still behind bars 400 days after being taken into detention. And that injustice needs to come to an end."

The battle between Ukrainian government forces and Russian-backed rebels for the eastern town of Debaltseve appears to be intensifying. Reports say Kiev is sending reinforcements - more than a dozen Ukrainian tanks and other military vehicles, including a rocket launcher, were seen heading towards Debaltseve on Sunday. People in the government-held town say the shelling is almost constant. David Stern sent this report from Kiev.

Those residents who are able are fleeing for safer territory. But many are stranded and hope to escape the bombing in their cellars. Debaltseve is a strategic railroad junction that's controlled by government forces, but it juts into rebel-held territory, and the militants are now trying to cut off and encircle the Ukrainian troops there. The rebels have launched an offensive to rout eastern Ukraine. Well-armed and in significant numbers they've pushed back pro-Kiev forces.

David Stern with that report

American corporations could face a one-off tax on billions of dollars of foreign earnings under new budget proposals from the White House. President Obama also wants to introduce an annual tax on all companies' foreign income with credits for money taxed abroad. The new proposals would apply to an estimated two trillion dollars, which US businesses currently keep in low-tax jurisdictions.

King Abdullah of Jordan has condemned the killing of the Japanese journalist Kenji Goto by Islamic State militants as a cowardly criminal act, and said every effort was being made to free a Jordanian pilot being held by the group. The government spokesman said Jordan was still willing to free a jailed al-Qaeda boomer, Sajida al-Rishawi, in return for the release of the pilot.

The Nigerian army says it has successful repelled an attack by Boko Haram militants on the strategic northeastern city of Maiduguri, but a member of a local vigilante force told the BBC the army retreated and he'd seen no sign of any military aircraft. Abdullai Kaura Abubakar sent this report from Abuja.

The streets of Maiduguri are deserted as the Nigerian troops conduct mopping-up operations in the southern suburbs. It is not yet known how many people died in the assault. Maiduguri is seen by Boko Haram as a valuable prize. They want to make it the capital of the territory they have seized. For a second time in the week they have been thwarted, but the danger posed by the militants was demonstrated by two other attacks in neighbouring states in northeastern Nigeria.

Ghana has qualified for the semifinals of the Africa Cup of Nations for the 15th consecutive tournament. The team beat Guinea 3-0 and will now play the hosts Equatorial Guinea for a place in the final. In the day's other quarterfinal Ivory Coast is leading Algeria 2-1. The winner will meet the Democratic Republic of Congo in the semis.

He is a leading cadre.

The demand for coal begins to slacken off in the spring.

All these questions demand careful and detailed study.

The British political system has evolved over several centuries.

Everything in our company is so political that you never know who you can trust.

The young man was charged with robbery with violence.

The act of violence made people boil with anger.

We should not only know the theory but also how to apply it to practice.

I am applying for a fellowship.

Their scheme was exposed.

He is scheming for power.