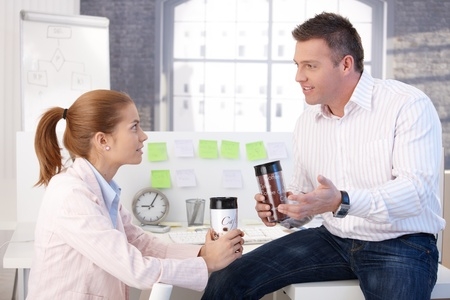 Protesters gather in front of the Japanese Embassy in Seoul every week to demand an apology and reparations from Tokyo for the thousands of South Korean women who were forced into prostitution during World War II. Although this year marks the 70th anniversary of the end of the war, these protesters have helped keep the issue of comfort women alive and made it difficult for Japan to move beyond its past wartime atrocities.

There are only a few surviving elderly women in South Korea who were forced into sex slavery during World War II. But the demonstrations in front of the Japanese embassy in Seoul are attracting more young people, like 16-year-old Kwon Oh-ryung, who have become passionate about the issue.

“Japanese doing this is such a crime to us, so we couldn’t stand it. We couldn’t bear it,” she said.

It is estimated that over 200,000 women from across Asia were forced to become comfort women for occupying Japanese soldiers during the war.

Rally organizer Yoon Mi-hyang, with the Korean Council for The Women Drafted for Military Sexual Slavery by Japan, said they have been protesting now for nearly a quarter century.

"The reason why we stand here until now is that the Japanese government has not accepted its crime and not offered an official apology and legal compensation which victims have been asking for,” she explained.

The comfort women issue has become even more contentious since Japanese Prime Minister Shinzo Abe adopted a less apologetic tone toward Japan’s wartime past. His visit to a war memorial last year that included the names of war criminals angered his neighbors.

Abe also alienated China, South Korea and other Asian countries by questioning Japan’s past apologies on the comfort women issue. Some of his conservative allies have suggested that not all the women were forced into prostitution.

More recently, South Korea criticized Abe’s visit to Jerusalem, including a holocaust memorial for victims of German war crimes, saying that he will be taken seriously when he addresses Japan’s atrocities.

Prime Minister Abe suggested he may alter a 1995 statement from former Prime Minister Tomiichi Murayama, giving a broad apology for wartime damage and suffering, when he makes his own statement in August on the 70th anniversary of the end of World War II.

"As it is now 70 years since the end of [the second world] war, the Abe cabinet will be reflecting on what we did wrong in the last war and also on our progress as a peace loving nation,” he said.

At the rally, a chair was left empty for a comfort women victim who recently passed away. Yoon Mi-hyang said this new generation of protesters would not let Korea’s sense of outrage dissipate after all the survivors die.

“The purpose of our activity is to not repeat such a tragic event like the comfort women issue, and it is also what the victims want,” said Yoon.

The protesters said they would not forget and not forgive until Japan makes amends.

Many Greek cities had to send yearly tribute to Athens.

I get a physical examination yearly.

Congress makes the laws; the President executes them.

All students without exception must take the English examination.

Until today germanium is the present substance on earth with no exception.

He promised to pay his debt within a month.

Liabilities are the obligatio or debt that a busine must pay in money or services at some time in the future.

I try to convince him of the reality of the danger.

Your argument is too weak to convince me.

I invited her to dinner but she did not respond.

The professor lectured with a beaming countenance, but the students didn't respond much, only agreeing with what he said.

A letter of credit will involve unnecessary extra charges.