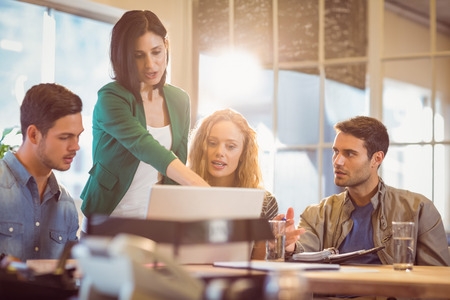 Shia rebels in Yemen say they've taken over the government, dissolving parliament and replacing the president with an interim council. The announcement came after UN-brokered talks to resolve the political crisis broke down. The government resigned last month after the Houthi rebels tightened their military control of the Yemeni capital Sanaa. Speaking at a gathering of political, military and tribal figures, Houthi rebel member Jamal al-Swdi explained the reason for the takeover.

"The aim is to get the country out of the vacuum that was created by the sudden and unjustified resignation of the president of the republic and the government. We are committed to using sound and peaceful means to resolve disputes and cooperation to realise common interests, which preserve the sovereignty of the nation and its independence, security and highest interests."

The United States says it hasn't seen any evidence to corroborate a claim by the Islamic State group that an American hostage has been killed in an air strike in Syria. A statement from IS alleged the Jordanian fighter jets had bombed a house on the outskirts of Raqqa where the female hostage Kayla Jean Mueller was being held. Jordanian officials have dismissed the claim as propaganda.

The leaders of France and Germany are meeting President Putin in Moscow in the latest diplomatic effort the end the fighting in eastern Ukraine. Before the meeting Chancellor Angela Mekel said there was no guarantee the talks would lead to a ceasefire between pro-Russian rebels and the Ukrainian government of Petro Poroshenko. The US National Security Advisor Susan Rice said the initiative did not involve ceding Ukrainian territory to Russia.

"What they are bringing with them to Moscow reflects their agreement with President Poroshenko yesterday in Keiv. So they are not out there unilaterally cutting a deal with Putin at Ukraine's expense. And I think we need to see how this evolves, and certainly not either anticipate prematurely a success or pain on a certain outcome."

Morocco, which pulled out of hosting this year's Africa Cup of Nations, has been fined $1m and thrown out of the next two tournaments. The Confederation of African Football, the CAF, said Morocco would also have to pay substantial damages. Alex Capstick reports.

Morocco had asked for the tournament, Africa's biggest sports event, to be postponed because of the Ebola crisis. The request was refused, and with less than seven weeks to prepare it was switched to Equatorial Guinea. On top of the fine and being banned from the next two Cup of Nations, Morocco's football federation has also been ordered to pay $9m in damages. CAF has always maintained Morocco's concerns over Ebola were alarmist, especially fears the competition would attract tens of thousands of visitors which would increase the risk of the disease's spreading.

The Canadian Supreme Court has ruled that doctors can provide medical help to seriously ill people who want to end their lives. The decision reverses a ban imposed in 1993. Nick Bryant sent this report.

Doctors will now be allowed to help in specific situations and even in cases where the illness isn't terminal. The ruling centred on two women with debilitating conditions, both of whom died before it was handed down. Gloria Taylor, a campaigner for the Right to Die, had suffered from motor neuron disease. The second woman Kay Carter had travelled to Switzerland, where assisted suicide is legal, to end her life. They were posed by religious groups as Civil Liberties Association that brought the challenge has welcomed the Supreme Court ruling. They said it recognised that assisted suicide was a medical service, which brought unbearable suffering to an end.

The Brazilian President Dilma Rousseff has appointed a banker who has worked closely with her in the past as the new boss of the scandal-torn state oil company Petrobras. Aldemir Bendine was previously head of the state-run Bank of Brazil. Petrobras is being investigated over allegations of massive illegal payments to directors and political parties, including the governing Workers' Party.

Mexican police have found 60 dead bodies in an abandoned crematorium in the coastal resort Acapulco. Prosecutors said the bodies of men, women and children had been left to decompose after the business closed. They've opened an investigation into crimes, including the desecration of corpses and breach of burial regulations. Police were alerted by residents who complained of the smell.

A very rare Ferrari sports car that was found rusting under a pile of old magazines last year has sold for nearly $16m at an auction in Paris. The blue Ferrari California Spider, one of only 37 ever made, had been lying forgotten for half a century with around 60 other vintage cars in the grounds of a country house in western France.

The party split into petty factions.

Frost caused the split in the rock.

They believe the killer has a split personality.

The personnel are not happy to change these rules.

For more information about the job, please contact the personnel manager.

He failed to get promoted for lack of resolution.

They now need to put some real elbow grease into promoting the products.

He is the person with multiple injuries.

She is a very discerning art critic.

They established a basic framework of ground rules for discussions.

All the cases can be considered within the framework of the existing rules.

The mob revolted against the governor.

Heron's regulator, Drebbel's thermostat, and Watt's governor bestowed on their vessels a wisp of self-control, sensory awareness, and the awakening of anticipation.